Since 1990, the Cuckoo Trail has been a leisure route used by walkers, cyclists and horse riders. The 11 mile trail runs from Polegate to Heathfield and has a 3 mile extension to Shinewater Park, Eastbourne. It passes through some of the districts most beautiful countryside and being mainly off-road it is suitable and safe for people of all ages and abilities. The slight gradients and sloped access points make the Trail available to most mobility scooters and wheelchairs.

the origin of the name of the Trail is believed to be from an old Sussex tradition of releasing a Cuckoo at the Heathfield Fair?

Are you up for a challenge?

Whether you walk, cycle, ride for scoot along the trail – everyone is welcome to join the challenge.

Fill in the log book and once you have completed 100 miles we will send you your challenge certificate.

Email WDC’s wellbeing team for a copy of your cuckoo trail challenge. 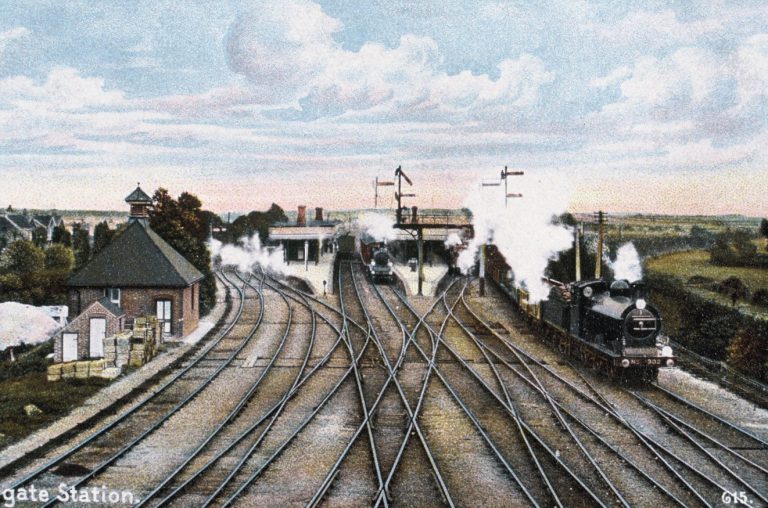 Do you know the history of the trail?

Opened in 1880, the Cuckoo Line was the Polegate to Eridge railway built by the London Brighton and South Coast Railway to prevent its rival, the South Eastern Railway, accessing the Eastbourne traffic.  It was named the Cuckoo Line after the tradition that the first cuckoo of spring was always heard at the Heathfield Fair.  In time it settled down to become a country railway carrying milk, coal, livestock and timber as well as passengers.

Explore the map! Click on one of the icons below to find out more about the Cuckoo Trail.